A simple way for both partners to have more intense orgasms

Have you ever tried giving your genitals a voice? If your clitoris and vagina had a voice what would they say? What are their secret desires? If your penis had a voice, what would it say? This is the Gestalt–inspired technique that was used to solve Chloe and Joe’s problem.

Chloe and Joe were coming to my office very frequently. Chloe often got bronchitis, and soon after, Joe, her husband of two years, got the infection too. I noticed that they were often fatigued and depressed.

The question was why?

Were they stressed out at their work (In a previous blog, I describe how emotional stress can lead to a weaker immune system via cortisol secretion)?

A few questions established that their job was not the stressor: Their life at home, and in particular their sex life, was the problem. Even though they were in their mid-twenties and had only been married for two years, the couple had stopped having sex. When Joe asked Chloe why she didn’t want him to touch her anymore, she declined to answer. They were at a dead end. 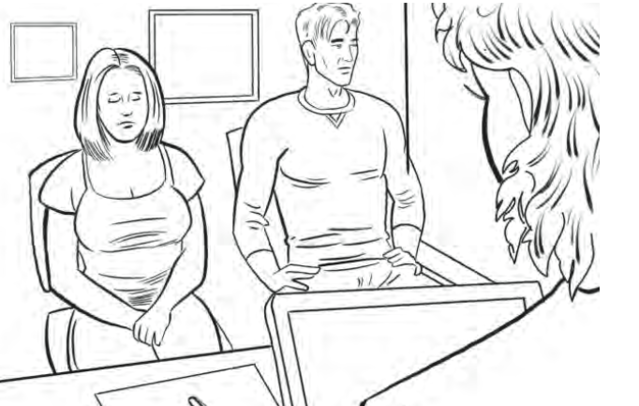 Because their minds weren’t communicating, I decided to give each of their bodies a voice. I asked: “Joe, if your penis had a voice, what would it say? I am not asking Joe the question, only Joe’s penis. Joe’s mind can disconnect.”

After some gentle coaxing to get Joe to go along with my unusual request, Joe, taking on the role of his penis, answered: “It’s hard for me to be next to Chloe every night without touching her. All I want is to be inside of her. This is more than a want; it’s a need.”

I then asked Chloe: “Chloe, if your clitoris and your vagina had a voice, what would they say? I am not asking the question to Chloe, only to Chloe’s clitoris and vagina. Chloe’s mind can disconnect.”

Chloe’s clitoris then was able to answer that Joe was not touching her the way she liked. He was always too rough, and his clumsy moves hurt her. Chloe’s vagina said that Joe was too fast in penetrating her, and that too was hurting.

This exchange was a primal dialogue between Joe’s Penis and Chloe’s Clitoris and Vagina in which Penis, Clitoris, and Vagina openly expressed their needs and wants.

This exchange revealed that Chloe had never had an orgasm with Joe. This inter-genital dialogue also allowed Joe to discover how to touch his wife and allowed Chloe to understand her husband’s needs.

When the couple returned home, Joe practiced what he learned, and their sex life went from being nonexistent to very satisfying. They became much happier and were much less physically sick that year. 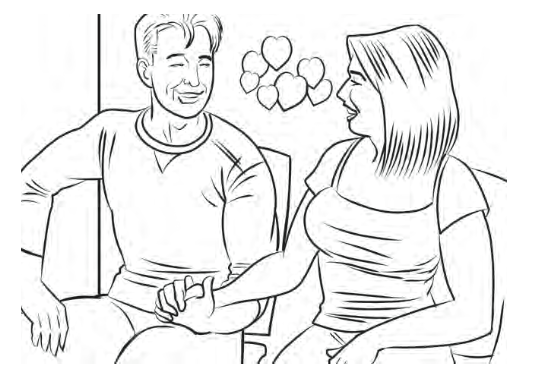 This method of giving the genitals a voice is inspired by the Gestalt psychotherapy technique, which trains people to be in the moment and to describe what they are feeling in their body right here, right now. By tuning out of our mind (“Me”) and tuning into a part of our body (“Not Me”) — for example, our genitals — we open the door to our unconscious, bypassing all conscious defense mechanisms of our mind and all social taboos, embarrassment, and negative self-criticism of our upbringing. When we shift our sense of self from “Me” to “Not Me,” we are able to leave behind the internal censors associated with who we think we are. When adopted successfully, the “Not Me” identity is much less threatening and has no defense mechanisms that can hide away our feelings and desires.

The technique is simple, but powerful when it comes to sexual dysfunction.

I have seen many sexually unhappy couples in my medical practice. Being a family doctor has enabled me to hear the wife’s point of view during one office visit, then the husband’s point of view during another visit. Hearing each member of a couple talk separately about their partner has always been very enlightening to me, but when a couple won’t share these feelings with each other, they often have no clue about what the partner likes, dislikes, and expects in the bedroom. The usual pattern is that such couples drop completely any kind of sexual relationship, which increases their stress and depresses their immune system.

To compound the problem of poor communication between sex partners, the Kinsey Institute estimates that only 8 percent of women have orgasm during penile/vaginal intercourse. This lack of sexual fulfillment leads many women to lose interest in sex, which often increases marital tension and is frequently a factor in infidelity and divorce.

But the dialogues that I encourage between genitals help a couple eliminate such cluelessness and surface ways to make each member of a couple happy.

Genital-to-genital conversations minimize feelings of shame and guilt, because the minds of couples are disengaged during the frank exchange. Uncensored penis, clitoris, and vagina get straight into the heart of a problem, and from there can find great solutions.

Here are examples of questions that can make genital-to-genital dialogues therapeutic:

Answering such questions allows couples to know and give each other exactly what they like and need. Orgasms get stronger. More sexual intimacy brings partners together, strengthens emotional bonds, and stimulates feelings of happiness, well-being, and satisfaction. In terms of the biology of sex, stronger orgasms vent pent-up frustrations and tensions that can harm the body if not released, and they release oxytocin and endorphins (natural opiates) that relax us and elevate our mood. Orgasms also inhibit activity in the “fear center” of the brain, lowering our anxiety and our production of stress hormones.

For these reasons, satisfying sex has been demonstrated to decrease stress, strengthen the immune system, lower risk of cardiovascular disease, improve sleep and increase longevity. The bottom line is that sex really matters to your health.

This kind of sex talk can produce a virtuous circle of sexual fulfillment, where the arousal and excitement of one partner excites the other partner, further arousing the first partner… and so on, in an ever-ascending positive feedback loop.

Engage your partner in this sex talk tonight to experience immediately more satisfying orgasms, which will in turn bring you a happier and healthier life.